Overall, the German advertising market presents itself stable in the first six months of 2019 according to Nielsen. With 14.8 billion Euros, the total advertising investments in the above the line media are almost exactly on the same level as in the same period last year (+0.1%).

To note that these data do not include ad channels like search, content marketing, social media, programmatic or video advertising not measured by Nielsen. 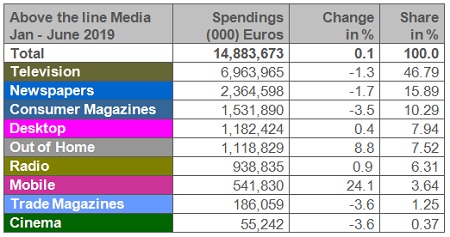